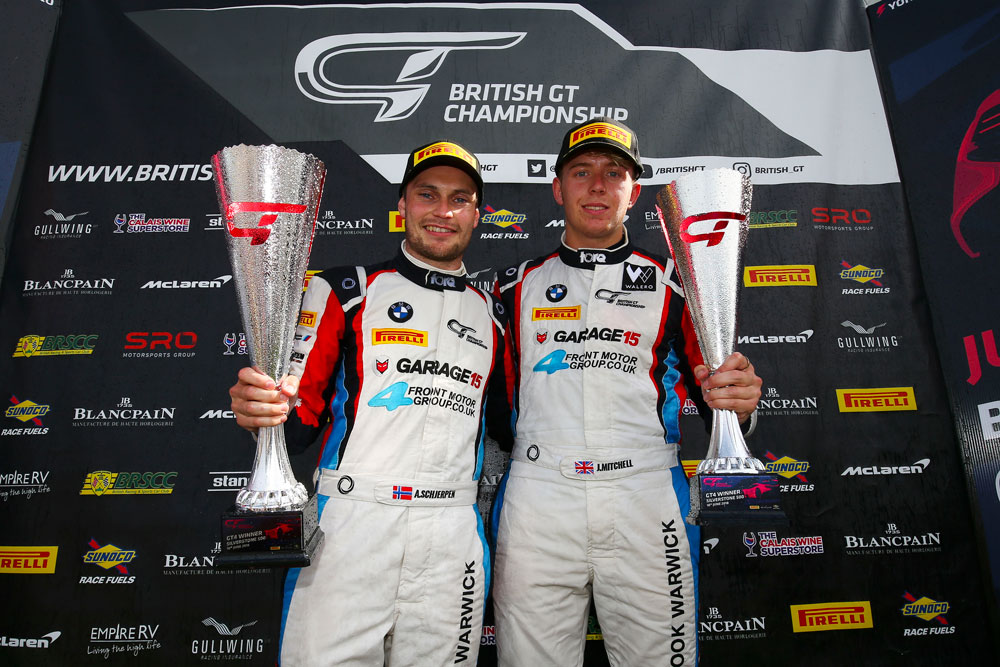 Coming into the weekend from Snetterton where the pair felt a potential podium had been snatched from their grasp when they were delayed in the pitlane in race two while trying to leave, both Schjerpen and Mitchell were keen to get their hands on some British GT silverware.

With the BMW proving to be a strong package so far this season, the pair set about fine tuning their BMW M4 to the high speed Silverstone Grand Prix circuit on Saturday morning during free practice. With both drivers effectively working through their programmes, confidence was high going into qualifying on Saturday afternoon.

Schjerpen was first on track for the two-part session, and instantly started setting a good pace. Given the length of the British Grand Prix host venue, only a small number of flying laps were available to competitors, so every opportunity had to be maximised. Improving on every lap, Aleksander’s final effort was looking positive, before a small mistake at the last corner robbed him of the chance to further improve his time.

With both drivers best times combined to secure their starting position for Sunday’s three hour test, Jack Mitchell took control of the M4 to post his best effort. The closely fought session eventually concluded with Mitchell securing the fifth fastest time which would see the pair starting the race from P9.

Maintaining their optimism in the knowledge that three hours of close British GT racing can offer plenty of opportunities, the pair completed a solid morning Warm-up on Sunday morning to set the scene for the race ahead.

Starting the race for the #43 crew would be Schjerpen and as the lights went out just after 1pm, there appeared to be some confusion at the start of the GT4 section that would see a very mixed up pack charge into the first corner. Getting caught up in the melee, Aleksander slipped well down the order and was faced with an uphill task for the remainder of his stint. However, the Norwegian took it in his stride and lit up the timing screens much to the delight of his team. By the close of his opening stint, Schjerpen had made his way back into the top 10 in GT4 as he handed the car over to Jack Mitchell for his first race stint of the weekend.

The former GT3 driver resumed the crew’s charge and did so to superb effect, taking down the current GT4 fastest lap a peg or two in the process. Opting to run for a long stint, it was well into the second hour before Mitchell returned to the pits, now well inside the top 10. With Schjerpen back at the wheel, he picked up where he had left off, lapping quickly and keeping their charge very much on course. Knowing that their strategy was looking like it had the potential for a podium, Aleksander pitted from the lead with just under 40 minutes remaining to give the car over to Mitchell to complete the race. As soon as the pitstop cycles were complete, the #43 crew were back in the lead and a series of blistering lap times saw Jack open up an overall GT4 lead of over 27 seconds as he took the chequered flag after three fantastic hours of racing.

Aleksander Schjerpen – #43 Century Motorsport BMW M4 GT4:
“My first win in GT4 is a surprising result really, we knew we had the pace today but after the start we really didn’t know where we would end up. The BMW was flying around here this weekend, Century Motorsport did a brilliant job this weekend with everything and Jack [Mitchell] went fastest in GT4 so that speaks for itself really, he was brilliant. We struggled a little bit in qualifying, but we knew our race pace was really good and it’s managed to get us on top which is just brilliant. A big thank you to all my sponsors, without them I wouldn’t be hear so I’m really really happy to bring back a winner’s trophy to Norway for them!” 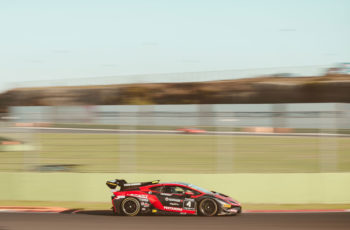 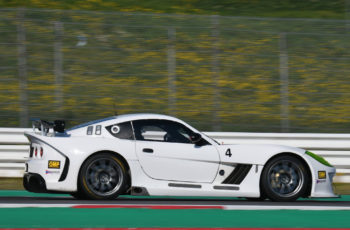 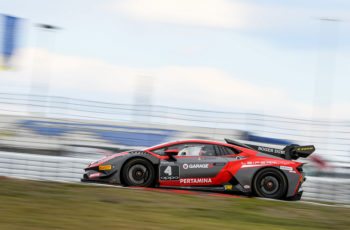