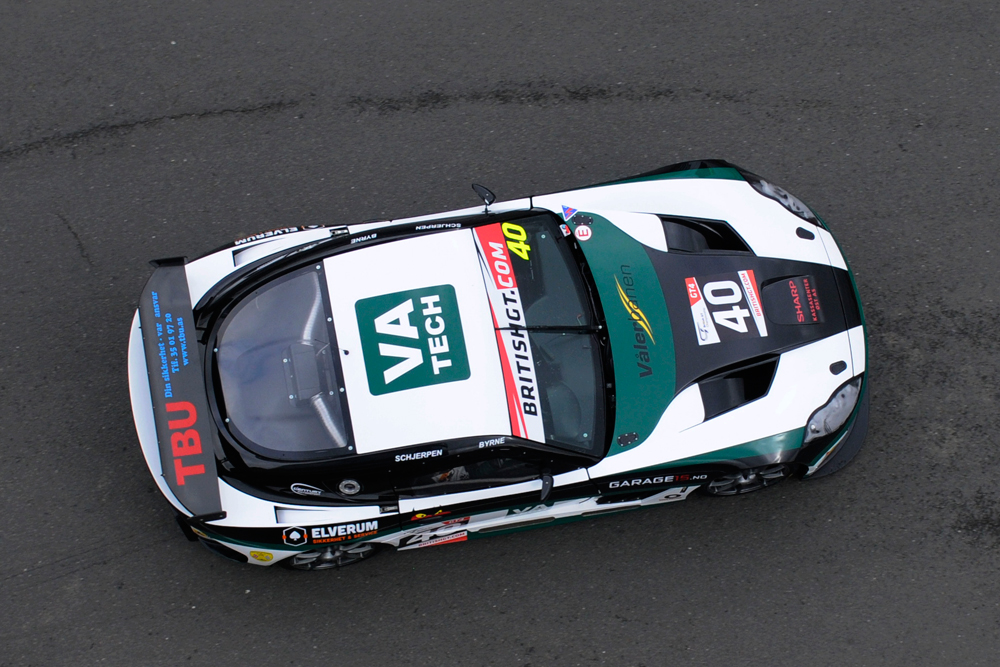 Aleksander Schjerpen announced quite recently that he would return to Century Motorsport and the British GT Championship for a third consecutive season, this year however, he would act as the car’s lead driver and firmly intent on scoring some top results from the off. Coming off the back of a dominant performance with teammates Nathan Freke, Tom Oliphant and Anna Waleswksa at the Dubai 24H which earned him a class win in January, Aleksander was enjoying an enhanced confidence coming into 2016.

Schjerpen would be joined by a new co-driver this season, in the form of Caterham R300 Championship graduate Sean Byrne. The Irish-born UK resident was one of the main contenders in the British one-make series last year, but had already impressed Aleksander and the Century team during pre-season testing; the move to the quicker high-downforce Ginetta not phasing him in the slightest.

The duo started the weekend with some solid running in Saturday morning’s pair of free practice sessions. Qualifying in the afternoon however would turn out to be slightly disappointing for the pair. A red flag split Sean’s session, leaving him unable to improve his earlier banker lap when the track returned to green. Aleksander took over for the second and final part, setting the third fastest time of the session which combined with Sean’s best effort placed the pair sixth on the grid for Sunday’s race.

Following a drama-free morning warm-up, Sean Byrne as the Bronze rated driver would start the race for his first rolling start. Despite initially getting a good getaway at the off, Byrne slipped back and avoidable contact on the main straight from the Maserati left Sean feeling quite unsettled in the car. Following the incident, Byrne declared he had a puncture over the radio, but as the team readied themselves in the pitlane, the balance of the car came back and Sean was able to continue.

Now running in tenth as the full course yellow was declared, Byrne dived into the pits just after the pit window opened. The team had just released Nathan Freke in #73 Ginetta back into the race when Byrne arrived, but that didn’t phase the Century Motorsport team and they performed a blindingly quick pitstop to place Aleksander in the car to finish the race. Returning to the track now in eighth position, Schjerpen was able to begin his first competitive laps when the track returned to green on lap 34. However his stint would be short lived, a trip into the barrier left the Norwegian with some heavy damage to the rear of his Ginetta, and despite making it back to the pits, the team were unable to safely repair the car to get him to the end.

Aleksander Schjerpen – #40 Century Motorsport Ginetta G55 GT4:
“Well this is not really the weekend we were hoping for. At the start both Sean and I showed really good speed and we are working really well together, but the race didn’t really work out for us. The important thing is there have been lots of positives to focus on from this weekend, and it’s only the start of the season. We will come back stronger from this and I’m looking forward to Rockingham in two weeks time.” 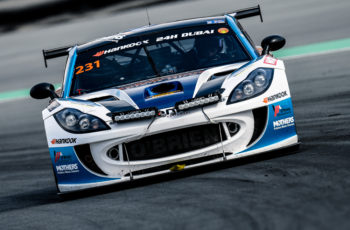 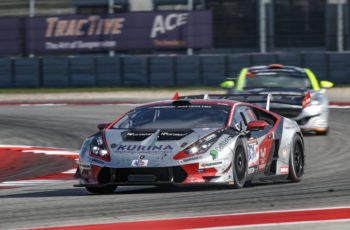 Schjerpen named “Driver Of the Year”